How to Reduce Depression with Tai Chi by Richard Hackworth
Tai chi, a form of meditative moment that includes slow and gentle movement along with breathing to be beneficial to the elderly population in many ways. It decreases anxiety, improves muscle flexibility, and improves balance so the elderly person is at a lesser risk of falls.
Recently, a study published in the American Journal of Geriatric Psychiatry showed that doing Tai Chi on a weekly basis improved the mood and lessened feelings of depression in geriatric patients who already carried the diagnosis of major depression.

How The Study Worked

The research study was undertaken by medical researchers at UCLA. They found 112 elderly adults older than age 60 who were willing to participate in the study. All of the study participants were treated with escitalopram, a commonly used antidepressant medication.

They did nothing else for two weeks except to reexamine them using depression scales to see if the medication alone helped these patients.

At the end of four weeks, almost 2/3 of all patients still had clinical evidence of depression by virtue of their answers on the depression scales.

Then the participants were assigned randomly to ten weeks of a health education class or ten weeks of Tai Chi lessons. Both lessons lasted a couple of hours and were given once every week for the duration of the test.

Results Of The Study

It was felt that both groups got better because they enjoyed interacting with others, a common factor in both groups, but Tai Chi added something else to the program that made it better than just taking education classes.

Other things improved in patients with depression who took Tai Chi classes including, memory, concentration, and energy levels. The subjects felt they had a dramatic improvement in the quality of their lives.

The researchers also did blood tests on all subjects and found that the Tai Chi group had a significant reduction in inflammatory markers. They concluded that Tai Chi could be a useful additive program for people who weren’t getting as much relief from their antidepressant therapy and that Tai Chi would benefit these people better than just adding another medication, which could lead to more side effects.
Benefits Of Tai Chi

One of the benefits of Tai Chi is that it has no real side effects. It is also inexpensive and easy to do for people of all fitness levels.

Tai Chi involves focusing the mind on specific breathing patterns and exercises; the addition of focus was felt to make for changes in the brain’s biochemistry conducive to better mental health. The muscles and joints are activated in a positive way so that pain can be relieved in the musculoskeletal system. The lessened perception of pain in the elderly also has an effect on instances of depression and the feelings that come with them.

There are different practices of Tai Chi that you can do for better mental health. In the research study described above, the researchers chose a form of Tai Chi called Tai Chih, which is a shorter form of Tai Chi exercises that involves only nineteen different movements and a single pose. This short form was felt to be more appropriate for the elderly population studied.

People who are more fit and have more stamina can practice Tai Chi that involves longer forms and a greater repertoire of different movements that can last for at least an hour. 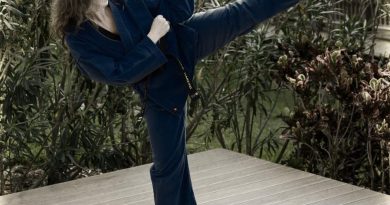 Incorporating Meditative Movement Into Your Fitness Routine by Richard Hackworth